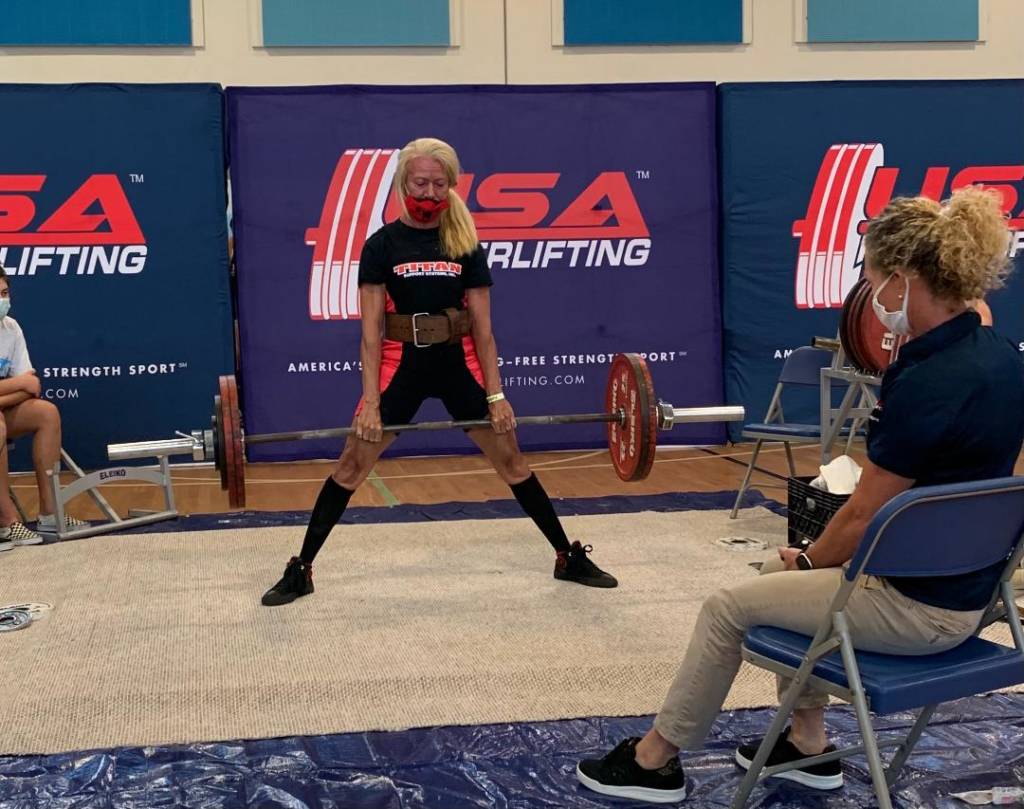 LAKELAND – The Sunshine State Games Polk County Festival began at 8:00 a.m. Saturday morning with a 91-year old golfer teeing off at the Cleveland Heights Golf Club, and ended after 6:00 p.m., with Black Belt Taekwondo athletes battling it out on mats at the RP Funding Center.

In between, Powerlifters were squatting with over 500 pounds on their shoulders and deadlifting over 600 pounds at the Auburndale Community Center and Bowlers were rolling strikes at Cypress Lanes in Winter Haven.

Joseph is a member of the International Taekwondo Academy in Cape Coral and is coached by Jermaine James, a two-time Sunshine State Games gold medalist and member of the 2012 Switzerland National Team.

“I’ve coached Charlize since she was 10 and she’s pretty tough,” said James. “She trains with the boys all the time.”

The $200 scholarships are provided by the Florida Sports Foundation and Sunshine State Games Taekwondo.

Taekwondo continues on Sunday with all Black Belt events at the RP Funding Center. Athletes take to the mats at 10:00 a.m.

Earning the Best Female Powerlifter Award, was Samantha Jefferson (pictured at right), a 20-year old from Ocoee. While Jefferson was a high school weightlifter, who twice advanced to the FHSAA State Championships, the Sunshine State Games was her first Powerlifting competition.

“I was kind of nervous,” Jefferson said. “I just wanted to do everything right. I’ve actually had better lifts in practice.“

Yosbany Gonzalez, a Class 3A FHSAA State Weightlifting Champion, for Seminole Ridge High School in Loxahatchee, in late April, was also competing in his first Powerlifting competition. He began his first event with a 490 pound squat, increased to 501 pounds and finished with a 529 pound squat that literally had the weights bouncing on his shoulders as he completed the squat.

“I really felt that weight,” Gonzalez said after the final squat. “I was pretty nervous but got better after the first squat.”

The 272 pound Gonzalez, also had a best bench press of 435 pounds and a best deadlift of 640 pounds for a total of 1,604 pounds. Gonzalez will attend Keiser University in the fall and play defensive tackle on the football team and compete with the weightlifting team.

The Best Male Lifter Award went to Luis Gallego, of Gainesville, competing in the Men’s Raw Junior (20-23 age group, 83kg weight group), who combined in the three events to lift 1,327 pounds. His best squat and deadlift, of 518 pounds, is nearly three times his body weight of 182 pounds.

At the Golf Championships, which served as a qualifier for the 2021 Sunshine State Games, the overall low score was recorded by Peter Konowicz, of Valrico, who shot a 79 to win the gold medal in the 75-79 age group. The top women’s score from the Cleveland Heights Golf Club, was an 89, carded by Susan Wells, of Haines City, to win the 70-74 age group gold medal.

Dick Cheney, of Winter Haven, the first 90+ athlete to compete in the Sunshine State Games, finished the 18-hole competition with a score of 98. The 91-year old Cheney was paired with 87-year old Jack Wolf, of Punta Gorda. The two compiled a combined score of 198, 14 strokes over their combined age of 178 years.

Bowling continues at Cypress Lanes on Sunday with Singles competition. Bowlers from the under 10 age group to the 70-74 age group will be on the lanes in this Intergenerational Event beginning at 9:00 a.m.