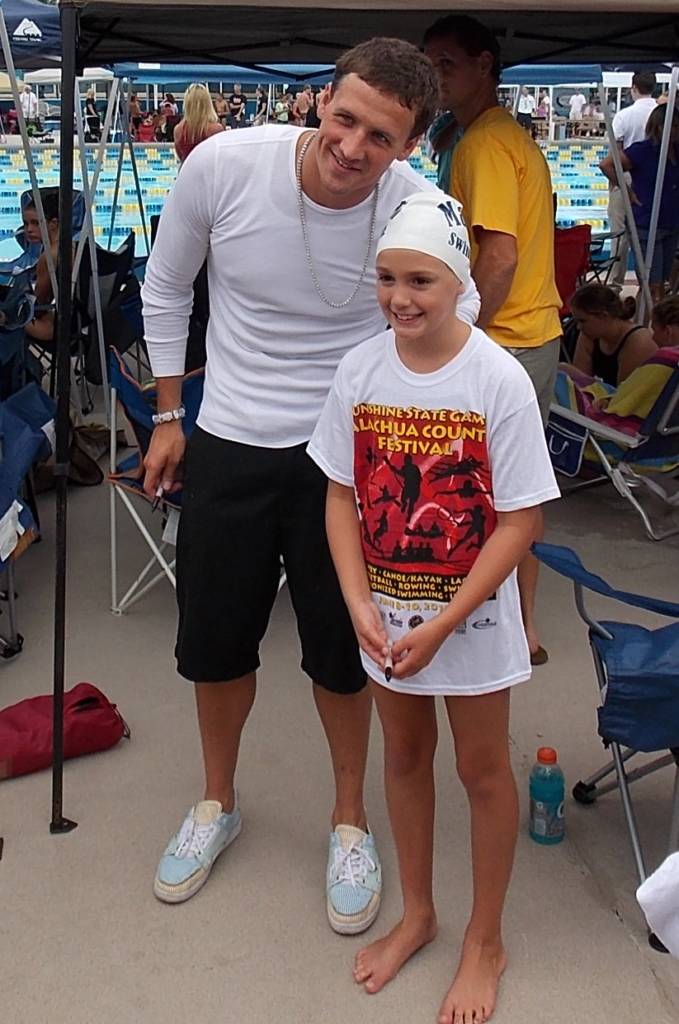 With a current roster of 25 sports, the 2022 Sunshine State Games, presented by Amazon, offers the most opportunities for amateur athletes since the 2019 Games, when over 7,000 athletes competed in 26 sports.

Registration is now open for a majority of the sports of the 2022 Sunshine State Games, presented by Amazon. The 2022 calendar features 25 sports, with multi-sport Festivals held in four Florida communities and 22 facilities statewide hosting the events.

For competition and registration information, please visit www.sunshinestategames.com. Athletes can check the individual sports pages at the Sunshine State Games website, or find the “Register Now,” button on the top right corner of the page.

Now in its 43rd year of providing amateur sports opportunities to Florida athletes of all ages, the Sunshine State Games has been used as a stepping-stone to national and international competitions by many Florida athletes.

Since 1980, here’s a handful of Florida-born athletes who have achieved greater levels of success after getting their start in the Sunshine State Games.

Anquan Boldin, Basketball, Pahokee: was a member of the gold medal winning 16-and-under City of Pahokee Team and Age Group MVP in the 1996 Sunshine State Games. After a collegiate career at Florida State, Boldin was drafted by the Arizona Cardinals, had over 1,000 career receptions and was a member of the 2013 Super Bowl Champion Baltimore Ravens.

Justin Gatlin, Pensacola, Track & Field: was a Gold Medalist in the Intermediate Boys 110 meter hurdles with a time of 14.42 in the 1998 Sunshine State Games. He won a gold medal in the men’s 100 meters at the 2004 Olympic Games and a bronze medal in the London 2012 Games.

Nicole Haislett, St. Petersburg, Swimming: appeared in several Sunshine State Games competitions in the early 1980s, and was a standout swimmer at the University of Florida, where she was named Southeastern Conference Female Athlete of the Year in 1993 and 1994. Haislett won gold medals in the 200m freestyle, 400m freestyle relay and 400 medley relay at the 1992 Olympics.

Ashleigh Johnson, Water Polo, Redlands (pictured above in banner photo): is the 2016 and 2020 gold medal winning-Team USA Water Polo starting goalie. Was a gold medalist with the Miami Riptides in the Open Women, U18, U16 and U14 division teams from 2003-2013.

Ryan Lochte, Swimming, Daytona Beach (pictured above at 2012 SSG Alachua County Festival): Won a total of seven Sunshine State Games medals competing in the 1999 and 2001 Games and made his Olympic debut in Athens in 2004 and competed in the 2008, 2012 and 2016 Games. He is a 12-time Olympic medalist, making him the second-most decorated swimmer in history, behind Michael Phelps.

Brian Olson, Judo, Woodville; Participated in Sunshine State Games Judo from age 6 in 1981 and competed regularly until 1989. Olson earned a spot on the 1996, 2000, 2004 and 2008 U.S. Olympic Judo Team. His best Olympic finish came in 2000 when he placed seventh in Sydney and is one of the most recognized names in the judo world as an athlete and coach.

David Ross, Baseball, Tallahassee: A member of a gold medal-winning baseball team and an honorary torch lighter at the 1993 Games in Tallahassee. After a college baseball career at Auburn University and the University of Florida, Ross had a 14-year MLB career, and won World Series Championships with the Boston Red Sox and Chicago Cubs. He is currently in his third season as the Manager of the Cubs.

Antonio Tarver, Boxing, Orlando: A silver medalist in the 1982 Sunshine State Games, Tarver won a bronze medal at the 1996 Olympic Games. He became the World Light Heavyweight Champion winning it from fellow SSG alum, Roy Jones, Jr. in May, 2004 and retaining the title in September, 2005. He played the nemesis of Rocky Balboa in the Rocky VI movie.

For a complete listing of the 2022 Sunshine State Games, presented by Amazon, roster of sports. Please visit www.sunshinestategames.com.