TALLAHASSEE, Fla. – The 2020 Sunshine State Games Calendar of Events was off to a promising start with 147 athletes competing at the Exactech Arena in Gainesville on Sunday, March 8.  While Karate has been a part of the Sunshine State Games since 2001, participation numbers had been on the decrease over the last few years.

According to Karate sport director, Sensei Jason Sorgi, the 2020 participation of 147 athletes, was an increase of 50%, from 2019.  It was also the most athlete participation since 2008.

It was to be the final Sunshine State Games event held for an indefinite amount of time as sporting events were put on hold due to the Coronavirus pandemic.

Besides Sorgi’s role as a Sunshine State Games sport director, he is the President and Founder of Katsu Dojo in Gainesville, and students of his dojo have been a mainstay in the state’s annual Olympic-style Sports Festival.

Over the years, Katsu Dojo athletes have excelled not only in the Sunshine State Games, but beyond.

Wolfe made her way from Gainesville to the World Karate Foundation World Championships as a member of the U.S. Olympic Team USA, the U.S. National Senior Team to qualify for the Pan American Games. She traveled the world to compete in Eastern Europe, Canada, Mexico, Morocco, El Salvador, Chile and Ecuador.

At one point, more than 20 of Sorgi’s students advanced to the National Championship from the Sunshine State Games.

But with the decreasing numbers and growing number of competitions to choose from, Katsu Dojo’s focus has shifted from sending athletes beyond the Sunshine State Games to what Sorgi relates to “going old school.”

New students to his dojo are taught work ethic, mental toughness and the martial arts code of honor that has been in place for centuries.

“The difference between Karate and the traditional team sports is it’s the coach’s responsibility to teach the athletes to master the skills and leadership secondary,” Sorgi explained. “It’s the opposite in the martial arts.  First and foremost is discipline, focus and leadership. Then we teach technique.”

“All students are told to do more than what’s expected of you,” he said.  “Then do a lot more than that if you want to be a superstar in the sport.” 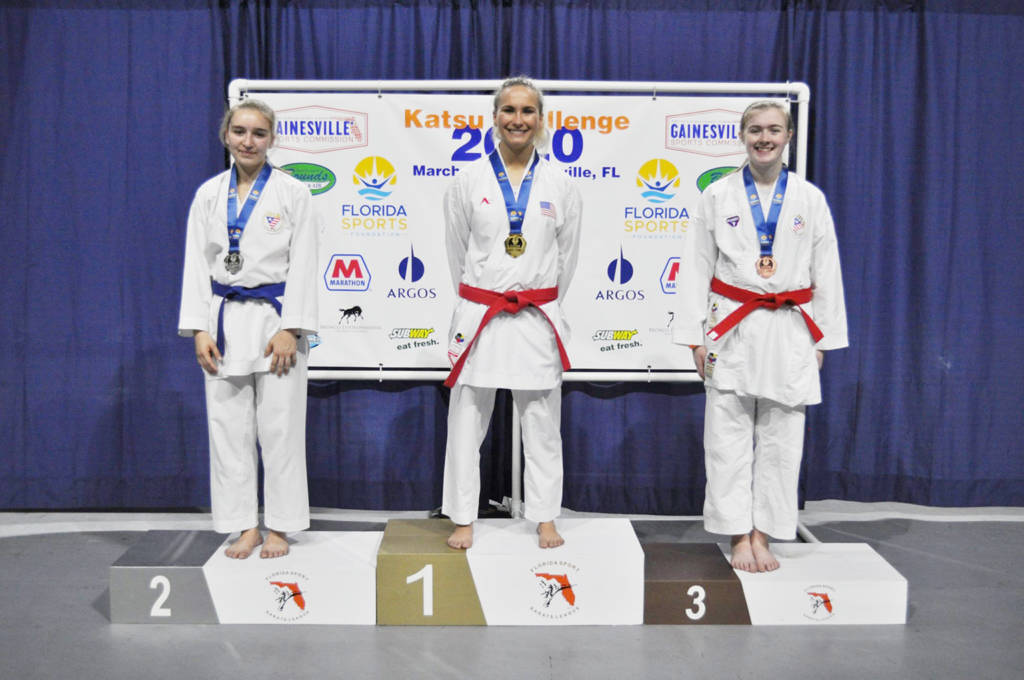 A brother and sister from New Port Richey have adhered to the advice of Sorgi and their own Sensei. Elvis and Sabina Ramic have been competing in the Sunshine State Games since 2007.

For their first competition at the Lakeland Center, the Ramic’s competed in the Beginner’s Division.  Elvis was in the 12-13 year old age group and Sabina in the 8-9 year old group.

By 2011, Elvis and Sabina were traveling to the U.S. Open in Las Vegas competing against athletes from Mexico, South America, Australia and Russia.  Both are currently members of the U.S. National Team and have traveled the world representing the U.S. and the State of Florida. Sabina won the 2019 National Championships for the 18-20 Female Elite Kumite 61kg.

For the 2020 Games, Elvis, now 25, and Sabina at 21, were in the Advanced Kumite Divisions and both won gold medals.  Also as instructors at Irizarry Martial Arts Academy in Land O’ Lakes, they brought with them students from their dojo.

“It’s great for our kids to have a tournament like the Sunshine State Games,” said Sabina. “It was one of my first tournaments and now we can watch everyone grow from our academy in Land O’ Lakes. We will continue to bring more athletes to the Games in the future.”

Elvis and Sabina have followed that path that has been the mission of the Sunshine State Games since its inception in 1980.  Start locally and venture out to statewide, national and international levels of competition.

“At first I wanted to test my skills against Florida athletes and going the Sunshine State Games was a big jump,” Elvis said. “It was a high-level tournament with talented athletes and it gave me an increased level of competition against tougher opponents. It was a great starting point.” 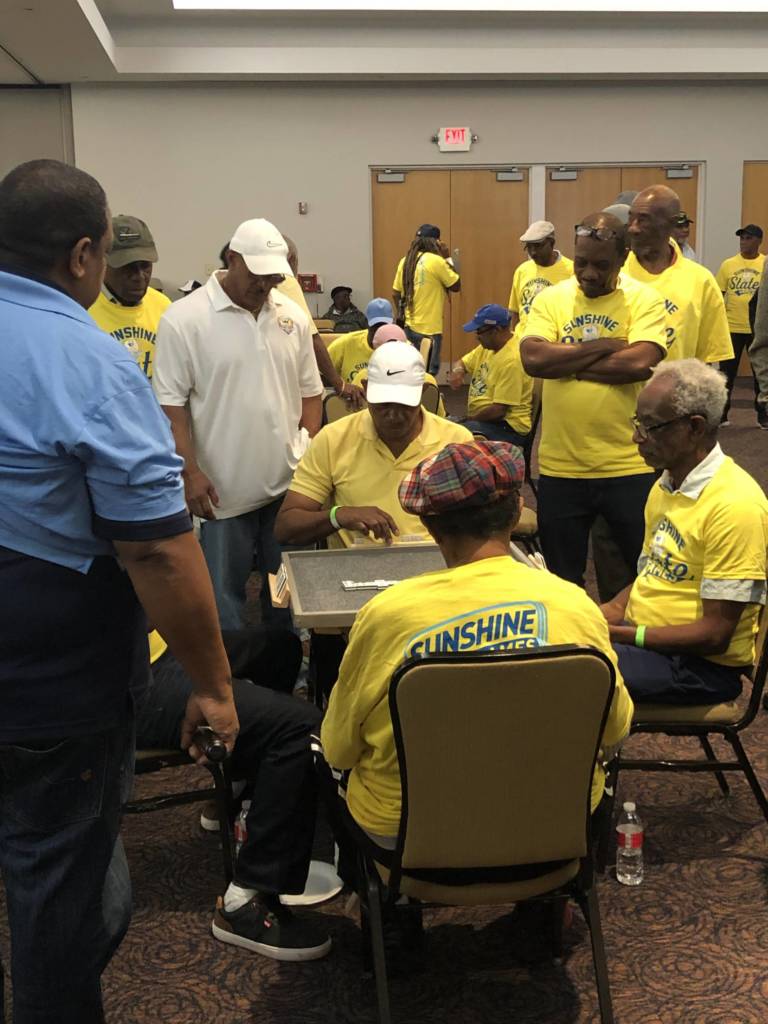 Besides being a member of the Senior USA National Karate team and an instructor on a local level, Elvis recently completed a master’s degree in Biotechnology at the University of South Florida. His aim now, is to pursue a profession in cancer research.

The core lessons of Martial arts, work ethic, mental toughness and honor have been an attribute for achieving his goals off the mat.

“Over the years, I’ve taken what I’ve learned and transferred to my personal life,” he said. “The medical field is huge and Karate has taught me lessons about giving respect to your patients. Martial arts has allowed me to translate discipline, integrity and honor into all aspects of my life.

Sorgi points to the old school benefits learned by his own up-and-coming students like 10-year old, Connor Steptoe, who began shy and with little confidence. Over the last year, he has progressed to a medal winning performance in an Advanced Kumite division at the 2020 Sunshine State Games.

“He’s now one of the toughest kids I’ve got and always volunteering to help out in any way,” Sorgi said.

Although it was carried out in a different manner, the 2020 Sunshine State Games Dominoes Championships 72 players needed mental toughness and focus when they kicked off the annual calendar of events in Sunrise on February 3.

In a finish that came down the final round of games, Raymond Thompson emerged as the gold medal winner by less than one percentage point among the top three finishers.  Winning 40 of his 61 games played, Thompson’s winning percentage of 65.57% topped Prince Alexander, who won 39 of his 60 games, for a 65.0% percentage.

In the seventh and final round of games, Thompson won six of his nine games to hold on to the lead. Alexander won six of the eight games he played to overtake Nemhart Morales, who finished with a total of 37 wins in 57 games played, for a final percentage of 64.91%.