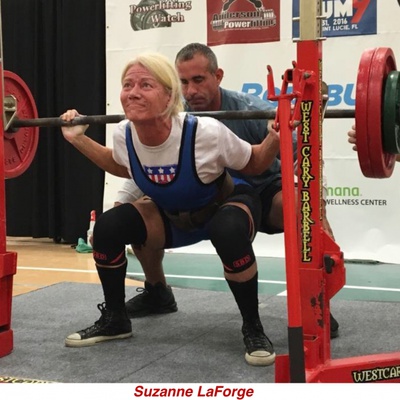 The first of three Festivals of the 42nd Annual Sunshine State Games begins this weekend in Polk County with four sports contested over two days, Saturday, May 29 and Sunday, May 30.

Taekwondo, with 295 registered athletes, will be held at the RP Funding Center, the site of the last Sunshine State Games Taekwondo event in Polk County.

In 2014, Polk County served as the host of a multi-sport festival for the final year of an eight consecutive year run (2007-14), with five sports being held at RP Funding Center, the weekend of June 20-22.

On-site registration will be available for Taekwondo on Friday, May 28 at the RP Funding Center, from 2:00 – 9:00 p.m. for an increased fee. Bowling will also accept on-site registration on May 29 and 30 at Cypress Lanes in Winter Haven, beginning at 8:00 a.m.

Prior to the beginning of competition on Saturday, the 2019 Sunshine State Games Athlete of the Year, Paul McFarquhar, of Tampa (pictured above), will be presented with his award. He was unable to be recognized in 2020 as Taekwondo was one of many sports unable to be held last summer.

McFarquhar’s rise through the ranks follows the classic Sunshine State Games journey starting in the sport at three years old. Paul worked his way up from the local, to state championships, and winning an AAU National Championship.

“I’ve known Paul since he was working his way up through the color belts,” said SSG Taekwondo Sport Director, Master James White. “He’s worked his way up to black belt, a state champion and to the AAU Male Senior National Team.”

Among the athletes competing in Powerlifting at the Auburndale Community Center is Suzanne LaForge, of Eustis, (pictured above at right) a USA National Masters Champion and IPF World Champion and Record Holder. At a 2018 competition, she topped a combined 900 pounds total with a squat of 303 pounds, a bench press of 176 pounds and a deadlift of 429 pounds.

“She will likely set all of the Masters 3 (60-64) American Records at the Games Saturday,” said Powerlifting Sport Director Robert Keller. “It’s also likely she will earn the Overall Best Lifter for the ladies. She earned the best overall lifter at the last IPF World Masters Championships, in 2018.”

Also stepping up to the bar will be, John March, from Auburndale, and Vietnam Veteran, who won a Men’s Masters gold medal at the 2019 Sunshine State Games Powerlifting Championships with a bench press of 242.5 pounds.

The Bowling and Golf Championships will serve as qualifiers for the 2021 Florida Senior Games, for participating athletes age 50 and over. The top five finishers in each five-year interval age group, will qualify for the Florida Senior Games, to be held in the Greater Fort Lauderdale Area, December 4-12.

With Florida Senior Games eligible athletes competing in the 2021 Sunshine State Games, 92-year old Dick Cheney, of Winter Haven will be on the course at the Cleveland Heights Golf Club on Saturday.

The two days of Bowling competition at Cypress Lanes in Winter Haven will be an intergenerational event with Bowlers competing in 10 and under singles up to Florida Senior Games eligible athletes in the 70-74 age group.

Bowling will accept onsite registration at Cypress Lanes on Saturday and Sunday morning, beginning at 8:00 a.m..